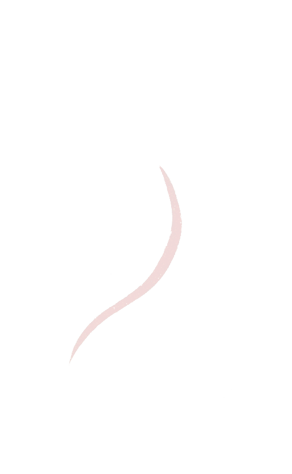 Lisa Rippon (nee Spurr), was born in Hartley, Kent. Her family moved to the North Essex coastal town of Clacton-on Sea, Essex, when she was a child.

Lisa has always been interested in painting and drawing and is a great grand niece of the acclaimed 19th century British marine artist Ernest Dade R.A. (1868 – 1936), who was a founder member of the Staithes Art Group. After leaving school, Lisa undertook an Art Foundation Course at the Colchester School of Art, progressing in 1981 to the Wimbledon School of Art where she was accepted to study Fine Art (Painting). Here she was tutored by contemporary British artists Bernard Cohen, Myles Murphy and Maggi Hambling, amongst others, and she graduated in 1984 with a B.A.Honours Degree in Fine Art (Painting). 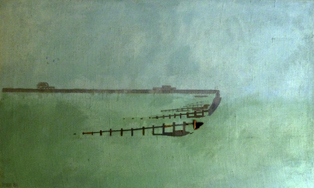 The sea heavily influenced her early work with ideas and inspiration directly taken from the views and materials abundant on the coast where she lived. At times driftwood, and other found objects collected from the shoreline, would be directly incorporated in the creation of three-dimensional artworks, such as ‘Breakwater’ (1984).

Following graduation, Lisa was accepted onto the Government Enterprise Scheme and began working as a commissioning artist. Early on, she

carried out some seasonal work as a scenic artist at the Mercury Theatre and also worked for a book publisher illustrating children’s educational books.

Lisa has completed a number of corporate commissions, notably a 16-foot by 4-foot oil panel depicting the daily life and services you would find in a General Hospital depicted in the style of the Bayeux Tapestry. This currently hangs in the Accident and Emergency Dept at Colchester General Hospital, Essex.

Another major work was commissioned by a Hospital Trust in Harlow, Essex.  This is a 14 foot by 4 foot oil panel and was required for the walls of a family visiting room. It features a jungle scene to provide stimulation and visual entertainment for children while hospital visits are undertaken. This brings the number of large works owned by the NHS across Essex to 6.

Lisa's work has been heavily influenced by the naturalistic, exploring form, texture and the design of the living world. These works examine the relationship between the patterns and colours used by animals to communicate and camouflage. One of Lisa’s most involved pieces is an artwork entitled ‘Taxa’ (2003), which is a collection of 18 individual watercolours that come together to form one, larger, work. These paintings represent the science of animal classification, with three examples from each of the six animal classes. 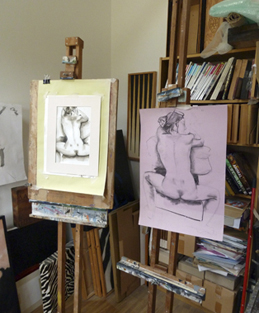 Another ongoing and highly popular series of watercolours and oil paintings explore the Japanese art of Nishikigoi (Koi Carp), experimenting with the colours and multiplicity of the images, taking them as an abstract form and examining their interaction and juxtaposition.

Yet another section of Lisa’s work draws inspiration from ancient writings and texts and using celebrated works from the likes of Virgil and Shakespeare, examines the depiction of language and scripts from early history.

Lisa enjoys life drawing and regularly participates in classes to explore and refine her skills in this challenging subject. Away from art, she particularly enjoys gardening and the outdoor life in general and can often be found combining her interests by taking the easel from the studio and into the gardens at Arboria and painting in the sunshine.

She has, and continues to exhibit in a number of galleries and her work is held in private and corporate collections in the U.K. and abroad.

Lisa is a member of the Colchester Art Society and is a Benefactor of the World Wide Fund for Nature. (WWF)

For further information about the works described above, please go to the Evolution, Commissions and Gallery pages. 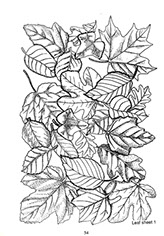